One Week in India

One Week in India

Main destination India · About Escorted or Guided Tour
From the honking horns of Delhi’s rickshaws, to the glistening beauty of the Taj Mahal and a whole heap of flavoursome food in between, immerse your senses in the colourful chaos on this mind blowing, one-week trip through India. Spot the majestic tiger in Rathambore National Park, dance to bhangra bangers at a Bollywood blockbuster, see pink in the fiercely flamboyant city of Jaipur, be mesmerised by the pavilion of mirrors in Amber Fort and tikka-bite out of Delhi’s food scene – from spicy samosas to tongue-tingling tandoori. With all the included highlights and plenty of optional extras, create your own adventure in a country that nowhere else on earth can prepare you for.

The Taj Mahal is the mother of all mausoleums and a big part of Agra’s allure. Capture your best selfie in front of this marble masterpiece on an included visit to this Indian icon.

With so much going on in the vibrant and chaotic capital of Delhi, a guide should almost be a requirement – let your expert leader navigate you through its busy, bustling and bold streets.

From survivors to Sheroes, hang out at a cafe run by female acid attack survivors that encourages Indian society to re-evaluate its norms about beauty and appearance.

Snap pics in front of a slew of ornate pink-hued buildings in the fabulously photogenic Jaipur and check yourself out in the pavilion of mirrors at Amber Fort.

Ranthambore National Park is the best location in India to spot the majestic tiger, keep your eyes peeled for these elusive creatures on an included 4WD safari.

You will visit the following places:

Agra is a city on the banks of the river Yamuna in the northern state of Uttar Pradesh, India. It is located at the banks of river Yamuna, 363 kilometres (226 mi) west of state capital, Lucknow and 200 kilometres (124 mi) south from national capital New Delhi. With a population of 1,686,976 (2010 est.), it is one of the most populous cities in Uttar Pradesh and the 19th most populous in India. Because 80 percent of the city's sewage flows into Yamuna River, it is 20th most polluted city in India. The city is a major tourist destination because of its many splendid Mughal-era buildings, most notably the Tāj Mahal, Agra Fort and Fatehpūr Sikrī, all three of which are UNESCO World Heritage Sites. Agra is included on the Golden Triangle tourist circuit, along with Delhi and Jaipur. The city has little else to recommend it. Pollution, especially smog and litter, is rampant and travellers are pestered by swarms of touts and hawkers at every monument, mosque, temple or palace. That said, the sites are some of the wonders of the world and no trip to India is complete without at least one visit to the Taj!

Jaipur is the capital and largest city of the Indian state of Rajasthan in Northern India. It was founded on 18 November 1727 by Maharaja Jai Singh II, the ruler of Amer after whom the city is named. As of 2011, the city has a population of 3.1 million, making it the tenth most populous city in the country. Jaipur is also known as the Pink City of India. Located 260 km from the Indian capital New Delhi, Jaipur forms a part of the Golden Triangle tourist circuit along with Agra (240 km). Jaipur is also a popular tourist destination in India and serves as a gateway to other tourist destinations in Rajasthan such as Jodhpur (348 km), Jaisalmer (571 km) and Udaipur (421 km).

Terms, conditions and restrictions apply; pricing, availability, and other details subject to change and/ or apply to US or Canadian residents. Please confirm details and booking information with your travel advisor.

5 Beer Tours You Can Take Year-Round in Europe

Venice is not just the 'City of Canals'.  It's also always been a city of merchants, and modern Veni... learn more

Video: Man vs. Jetstream and other things you didn't know about St. Maarten

From the outrageous antics on Maho Beach at the end of the airport runway, to the hidden gems (literally!) of the isl... learn more

It's a vintage train car whose windowed dome makes the fall foliage seem even more brilliant on one of the most sceni... learn more 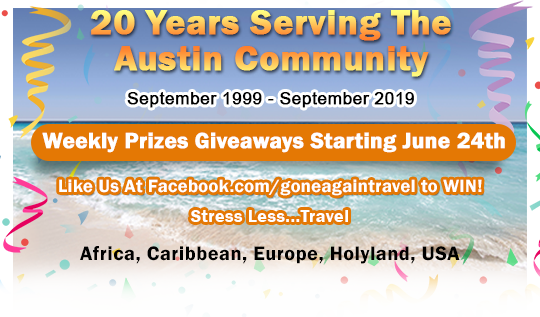