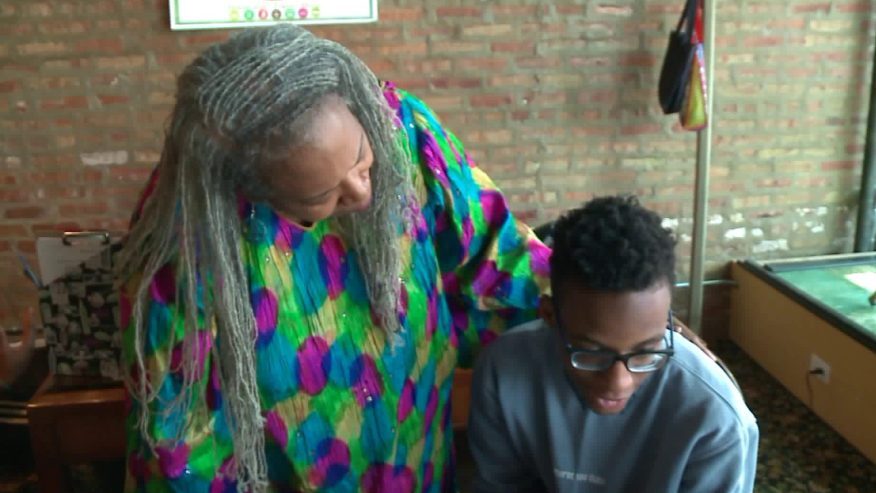 CHICAGO — She lost her grandson to gun violence seven years ago. Since then, Crystal Dyer has worked tirelessly to steer young people away from a life of crime and into a bright future.

In 2011, Devin Dyer was shot and killed while attending a birthday party in Chicago’s Austin neighborhood, just days after his own 18th birthday. Devin’s grandmother, Crystal Dyer was living in Atlanta at the time.

“So I came back to Chicago and moved in with my son," Crystal Dyer said, "and I thought about it every day. You know, I got to do something to help these kids."

A travel agent, Crystal Dyer decided she would work and live in the Austin community. Just blocks from where her grandson was killed, she opened the first store-front travel office in decades on Chicago Avenue. She then set her sights on mentoring young people.

In 2016, Dyer founded Chicago Austin and Youth Travel Adventures, a nonprofit program that introduces young people to travel, culture and history. Her goal was to take kids outside of the neighborhood to see something new.

This summer, students toured Chicago museums, including the Chinese-American Museum of Chicago and the Swedish American Museum to learn about different cultures. Participants also attended the Chicago GhanaFest in preparation for an upcoming trip to Africa.

Dyer said exposing kids to a world outside of the inner city leaves them with endless possibilities for their future.